The different commercial property types in the UK: B Class

Continuing our guide to commercial property categories with famous examples of historical and iconic commercial types that fall into each category. You can view Class A here, Class C here and Class D here.

*From 1st  September 2020 a new use Class E ‘Commercial, Business and Service’ and Class F.1 ‘Learning & Non-Residential’ and F.2 ‘Local Community’ will come into use.

I have noted those classes that will be changing against their existing types. The new uses will not be relevant for the General Permitted Development Order (the order that  grants planning permission for certain types of development) until 31st July 2021. Until that time both the old and new system will be used.

B1 – Business (*to become part of Class E Commercial, Business and Service).

This category includes Offices (not generally visited by members of the public so not within A2), Research and Development studios, Laboratories, High Tech, Light industry (which covers industrial processes that can be carried out in residential areas without causing harm to the amenity of the area)

The Cavendish Laboratory housing the Department of Physics, Cambridge University was opened in 1874, although it has since moved from its first central location when it became overcrowded. It was the first central facility for Experimental Physics early and some of the most important physics discoveries were made here, including the discovery of the electron

Did you know the Department of Physics has produced 30 Nobel Prize winners with discoveries including the finding of the electron, neutron, and structure of DNA.

General industrial use covers industrial processes other than those in B1, car repair services, catering premises and production. 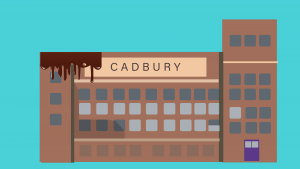 I don’t need much of an excuse to talk about chocolate, or eat it for that matter. The Cadbury company began in a Birmingham shop in 1824, moving to Bournville in 1878. As well as a factory a model village was created to house Cadbury workers. The company is now the second largest confectionery company in the world.

Did you know Cadburys created the modern chocolate Easter egg in 1875?

B8 – Storage and Distribution 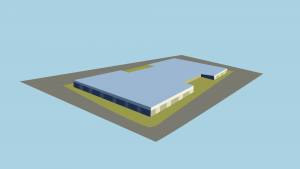 One of the largest warehouses in the UK is the Amazon Fulfilment Centre in Dunfermline, Scotland. It is 1 million sq. ft, that’s the size of 14 football pitches.

Did you know the most sold items on Amazon are books? This book worm may have had a lot to do with that….

Search in all property types in all areas of the UK on Novaloca’s website.

This entry was tagged: property classesLeave a comment below