Anti-Social: Why Do Some Social Networks Fall From Favour?

It’s hard to imagine now, but there was a time when people and businesses relied on something other than Facebook for social sharing. Sure, userbases were almost exclusively teenage, but had the following social media platforms endured, they could have attracted the same businesses, advertisers and distant relatives that are on your Facebook feed today.
Sadly, not all social media was created equal – and as we’ll see in the following three examples, it’s incredibly difficult to get right.

What it Was: Marketed as the online community for ‘boomers’, Eons was a social networking site dedicated entirely to the middle agers.
Why It Failed: In terms of demographics, marketing social media to forty-somethings is roughly comparable to marketing Diagnosis: Murder to teenage boys. Though the sentiment was certainly agreeable, social media very much belonged to the adolescents in these early stages, and if the older generation were interested, they had already set up shop on more renowned, open services.
Where is it now?: Founder Jeff Taylor left a bittersweet message on the site’s front page when it closed in June 2012, and promptly abandoned eons to a distant retirement community. To this day, the site is no longer available. 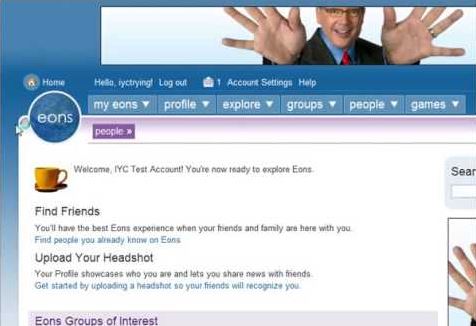 What it was: Before the pristine, catalogue whites of Facebook, the teens of Generation X were obsessed with the colourful, customisable MySpace. As it happens, impressionable teens were precisely the target market for what MySpace was more interested in – selling stuff. The site was just a small part of a larger marketing business who, having seen the popularity of the now-defunct Friendster, wanted to attach a friendly face to their online advertising – and social media was their ‘in’.
Why It Failed: By 2005, MySpace had been brought by the media colossi News Corporation for a princely $580million. Depending on whom you ask – former VP Sean Percival, or the billions of Facebook converts – the site crumbled under the weight of its own intrusive advertisements, or its refusal to evolve with the times. It’s likely to have been both; News Corporation was trying to peddle so many services on MySpace, they couldn’t find a single trade they could master.
Where is it now?: MySpace is now property of media company Time Inc, and is more focussed on advertising bands and musicians – fitting, given their reported attempt to purchase Spotify in 2010. 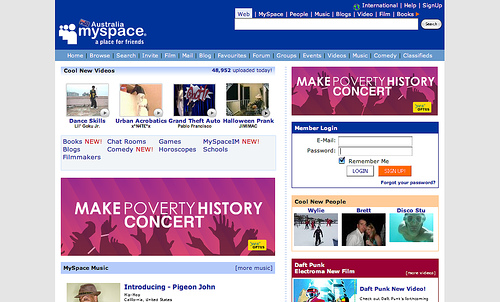 What it Was: A spin-off from Twitter, Vine was a video sharing service that was limited by video length rather than character limit. Clips could be no longer than 7 seconds long and were usually shot from the humble camera phone, with delightfully scrappy results.
The peculiar thing about Vine is that its immediate failure was the best thing that happened to it: rather than sharing and socialising, people were simply challenging themselves to make the best videos they could within a 7 second limit. Popular ‘Viners’ weren’t people with lots of friends: they were simply making the smartest, funniest, most exciting videos. Overnight, Vine had become YouTube’s bawdy little brother, the resulting community smaller but tighter than any of the other social media juggernauts while birthing a gaggle of minor celebrities. And then, it was killed.
Why it Failed: Twitter’s financial woes, the competitive nature of Instagram, and the difficulty of advertising on such a restrictive platform trashed the Vine party. It’s arguably the saddest loss on this list, financially unsustainable in spite of an incredibly passionate fanbase.
Where is it Now?: The newly-updated app posts only to Twitter, abolishes the ‘community’ features of Vine past, and is possibly the most depressing downgrade in recent memory. You’re much better off visiting https://vine.co/ and reliving one of social media’s most esoteric clubs posthumously.

If you’re not yet on today’s modern social networks, you might want to read up on Getting Started with Social Media Marketing for your Business. If you are, why not see if you can up your game with these 5 Social Media Tools that Make Online Marketing Easier.