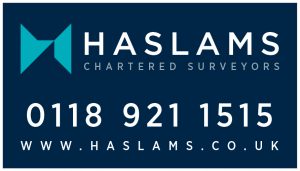 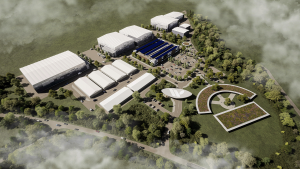 Stage Fifty who designs and operates boutique film studios, has submitted plans for a permanent eight-stage film studio designed for the world’s top film and high-end TV programme-makers. Buckinghamshire Council is expected to reach a decision in January 2023.

The detailed application sets out how Stage Fifty will turn the 26-acre site just off the M40 near High Wycombe into a class-leading sustainable film studio, driving economic growth by delivering multi-million-pound investment to the region and creating hundreds of jobs.

Having regard to the site’s setting, the plans include tree screening and green walls on the stage buildings to blend in with the tree line and soften the view for the studio’s neighbours in Claymoor Park. Specially designed cladding with faded grading will help the stages merge with the landscape and skyline.

Claymoor Park resident, Alan France, said: “The team at Stage Fifty have been really helpful and interested in being a good neighbour from the start of the project. They’ve taken our feedback on board and have tried to adjust their plan to meet our requests. This is a unique opportunity to bring a prestigious high-growth business and the jobs associated with it to land designated as a strategic employment area.”

James Enright, CEO of Stage Fifty, said: “We want to build a sustainable studio that the people of Wycombe are proud of, one that will create exciting new jobs for the community and generate around £305m GVA.

“As soon as we have a decision from the council, everything can happen in a short timeframe, as the design of our innovative sound stages means we can build quickly. Once the studio is fully operational, it will support around 750 full-time jobs and 450 indirect jobs in the supply chain. And we’ll develop the skills of young local people by offering traineeships and industry placements at Wycombe Film Studios through Stage Fifty’s Academy of Creative and Technical Arts (ACTA).

“Our goal is to build a studio that is not only sustainable in its construction but a place where people are excited to work in the heart of Buckinghamshire. Ultimately, we want Wycombe Film Studios to set the benchmark, attracting filmmakers from all over the world.”

Research by the British Film Institute shows that approximately 60% of production budgets are spent locally. With budgets of around £50m per production, the studios will deliver a substantial ongoing boost to local businesses.

Sustainability is at the heart of Stage Fifty’s ethos, and it’s a key driver in the construction of the studios. The sound stages are inherently environmentally friendly due to their almost fully recyclable nature, and the offices, café, amenity spaces, and gatehouse are designed to harmonise with the surroundings. These low-level buildings are clad in timber, have green roofs, and sit within native wildlife-friendly planting and grasses. Across the site, carbon has been designed out of the scheme to reduce the studio’s carbon footprint, and solar photovoltaic panels will be used where possible.

Neil Seager, Partner, Haslams Chartered Surveyors who advises Stage Fifty commented: “Wycombe Film Studio will provide Wycombe and the wider economy with much needed inward investment, creating a broad range of direct and indirect jobs. Stage Fifty are an experienced film studio operator and are therefore uniquely placed to source productions and operate the studio. Unlike other property sectors, it is not just a case of ‘build it, and they will come’. Experience, track record and contacts are required for productions to be confident in a studio. In this regard I am pleased to confirm that Stage Fifty are already in discussions with a number of high profile film and TV productions who love the scheme and location!

You can see all of Haslams Chartered Surveyors commercial property listings on NovaLoca here.

This entry was tagged: film studioLeave a comment below