NovaLoca took a look at instruction and disposal activity across Scotland in July 2022. Overall more properties came on to the market (5.7%) than were disposed of (4.4%). Edinburgh is showing the highest demand with disposals at 5.9%, above the average for Scotland and new instructions below average (at 4.5%).

The following chart shows which regions have the highest number of available commercial property listings advertised on NovaLoca. 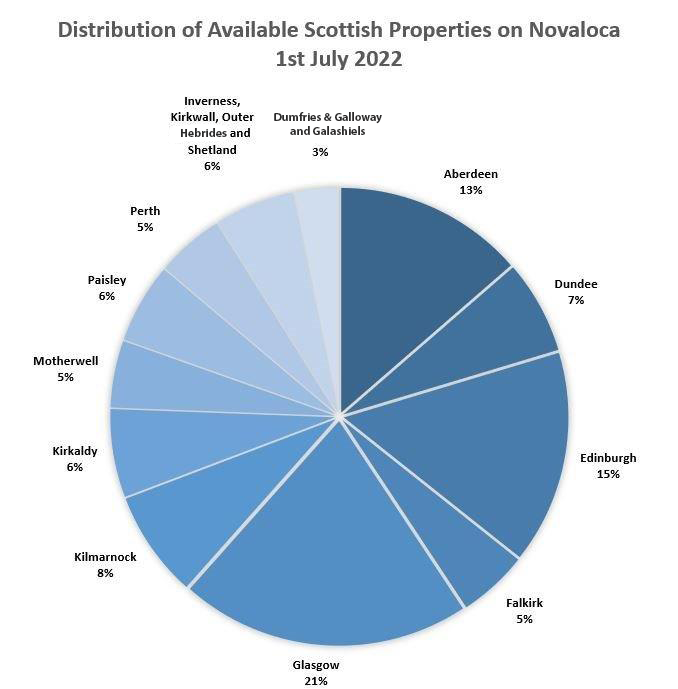 This entry was tagged: commercial property Scotland, scottish disposalsLeave a comment below