Vote with Your Wallet: What are Labour and Conservative Promising your Business?

Whatever your position, there’s a lot to consider, a lot to support, and a lot to scrutinise. Let’s look through what either party have planned for small business should they win the nation…

Labour
In a display of rare hardball from Jeremy Corbyn, he recently named and shamed a number of large companies who consistently failed to pay their suppliers within specified timeframes; more often than not, these businesses would consider a 60-day waiting period an acceptable timeframe, yet would often exceed this period twice over before paying suppliers fairly. The Labour party have promised to crack down on this, estimating that the average of 50,000 small businesses going bust every year is a result of these failures, with £26billion in late payments still being withheld by major corporations.

Continuing this hard stance against the bigger corporations, the Labour manifesto hasn’t ruled out a corporate tax increase on business juggernauts. Though the manifesto attests that Britain’s comparatively low corporation tax is still competitive with other major economies, Corbyn maintains that the rate will remain so despite this hike.  Similarly, small businesses would be protected by the reintroduction of lower small profits rate of corporation tax.

Business rates continue to remain the elephant in the political boardroom. Considered one of the biggest obstacles for small firms, especially those in London where an increase of £9billion is estimated in business rates by 2022, it’s a focal point for both parties. Labour’s five point business plan for business rates includes:

1: An emergency transitional relief for businesses left in tumultuous circumstances by rate increases. The appeals process will also be revised to ensure quicker response times to business appeals.

2: CPI indexation will be brought forward to ensure businesses aren’t paying more due to inflation measurements.

3: New plant and machinery investments will be exempt from future business rates valuation.

5: A reform of the business rates system, supporting local and community businesses. This will also include the incentivising of free cash machines.

There have also been rumblings of a proposed abolishment of business rates altogether, with a Land Value Tax taking its place.

Though the FSB has expressed confidence in a number of the party’s suggestions, lobby groups are concerned that other areas of the manifesto are merely reactionary, with certain knock-on effects not being considered. Carolyn Fairbairn, director general of the Confederation of British Industry, expressed concerns that the state’s intervention will cripple enterprise, and that the “pro-growth and competitiveness agenda the country so badly needs” will be stunted as a result. However, Fairbairn did say that she welcomed Labour’s focus on growing high-level apprenticeships. Representatives of the British Chambers of Commerce and RICS stated that they were similarly encouraged over the transparency of Labour’s business rate proposals; yet the recurring uncertainty from all major lobbyists was how this could be financially viable. The Institute of Directors director general, Stephen Martin, attests that the cost of Corbyn’s plans “would be staggering, the benefits unclear, and the related tax rises would make the UK a less competitive economy”.

Conservatives
A Telegraph business article hints toward what could be an uphill struggle for the Conservatives, with 51% of polled small business owners reacting negatively to the recent manifesto’s small business plans. The fact that a great many of its policies have not been costed is a particular source of concern.
The Conservatives already have the unenviable prospect of tackling the business rate hikes, introduced in April to major scrutiny from small business owners, and in-house rebellion from Tory constituents. The party aren’t blind to the difficulties, however. A reform of the current system is looking increasingly likely, and part of this will include more regular revaluations. 2015 saw the revaluation due date abandoned amidst the rush of the general election, and whilst it can’t be confirmed if that delay has resulted in the current controversy, this promise does make for an encouraging response.  Chancellor of the Exchequer, Philip Hammond, has reassured that firms losing small business rate relief would see a maximum price increase of £50 per month, with £25 million set aside to aid the so-called “cliff-edge” businesses. Yet a large number of small businesses – almost 25,000, by the count of rates specialist CVS – have lost all rate reliefs and are yet to receive the financial support of this budget. 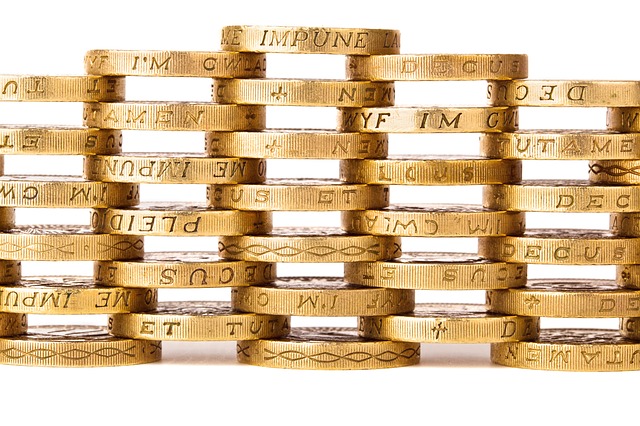 Nonetheless, it would be unfair to say the Conservatives are leaving small businesses in the dust, if their manifesto is to be believed.
They’ve certainly avoided the reservations of some business owners, brought on by Labour’s pledged Corporation Tax hikes; conversely, the Conservatives are promising to cut the tax to 17% by 2020. Personal income tax allowance, meanwhile, will increase to £12,500 – £50,000 for the higher rate – and both of these are expected to come into effect by 2020. Government spending on small businesses has also been promised; by the end of Parliament, the party promises to ensure that 33% of central government purchasing will come from small business enterprises.
Hopefully, this will all be facilitated by the proposed abandoning of David Cameron’s “Tax Lock”. Cameron pledged that VAT, income tax and National Insurance would not be rising any time before 2020 – now that that isn’t quite the case, the national living wage is at least expected to climb to 60% of median earnings before the end of the same year.
What will be most interesting is discovering just what the Conservatives mean when discussing their plans to simplify the UK tax system. Little has so-far been divulged about this imperative, though their manifesto states that self-assessment for a small business is currently prohibitively difficult, and needs amending.

Both manifestos offer some wildly differing solutions to some difficult questions and an uncertain future; whoever wins this election, it’ll be interesting to see just how well the party can implement these methods.

Who’s got your vote in the upcoming General Election? What do you make of the proposals? Let us know in the comments, or on Twitter @NovaLoca.

It’s not just the election that’ll be shaking up the industry: read up on What Brexit Means for the Commercial Property Market.