Throughout the year, we focus our research for our newsletters on different regions in the UK. These newsletters feature interviews with agents in the area, commercial property news, featured properties and agents based in the focussed area. Now, we look back on which areas we focussed on in 2018.

Our East Midlands newsletter was sent to 2,286 agents and occupiers based in the region. 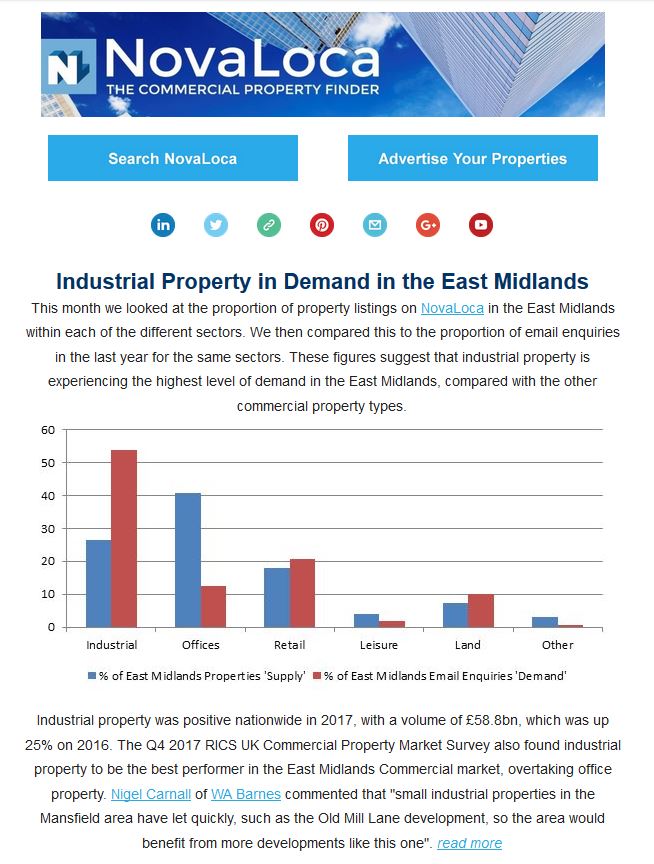 In May, our research was focussed on Scotland. We interviewed Eric Thomson at Thomson Property Consultants and Graham Wiseman of Stelmain.

Our Scottish newsletter was sent to 1,920 agents and occupiers based in Scotland.

For July, our research focussed on the North West of England. Our research found that many investors are turning away from London and looking towards more viable locations in the UK, such as Liverpool and Manchester.

Our North West Newsletter was sent to 785 Agents and 5,116 occupiers in the North West of England.

In September, we focussed our research on the South East. We spoke to Nick Reeve of Curchod & Co, Andrew Archibald at Keygrove Chartered Surveyors and Iain Steele of Park Steele to get their views on the commercial property market in the region.

Our South East Newsletter was sent to 856 Agents and over 10,000 occupiers in the South East of England.

In November, we turned our focus back to Scotland. We interviewed Stephen Letch of West Lothian Council to discuss commercial property in their section of the central belt.

Our Scottish Newsletter was sent to 1,000 Agents and 1,265 occupiers based in Scotland. 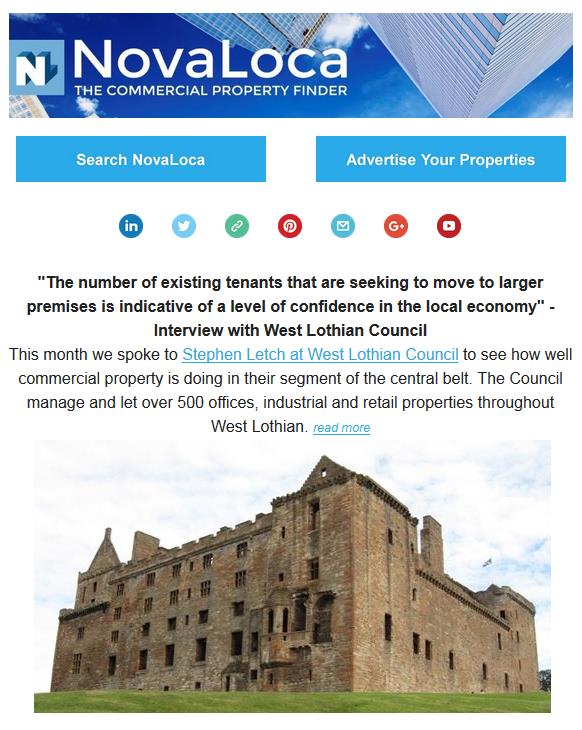