Could London Be a World-Leading ‘Smart City’?

Speaking earlier this week at London Tech Week, London mayor Sadiq Khan ambitiously pledged to turn London into the world’s leading smart city; running its systems and services through the use of data, connectivity and information technology, it’s also designed to be low-carbon and environmentally friendly.

Needless to say, it’s quite the aspiration. Yet Sadiq’s plans already have the backing of the European Regional Development Fund, who’ll provide funding for “Better Futures”; a £1.6million incubator supporting 100 small businesses in clean-tech initiatives. They’re joined by project partners and another business incubator, Sustainable Bridges, as well as Ford, who will be basing their new smart cities research centre In Stratford Olympic’s new tech hub. Evidently, a lot of people believe in the initiative.

Milton Keynes and Manchester have run similar projects (and in MK’s case, been recognised with a 2015 award) –  but we’re talking about the UK’s largest city here, which is also tackling clean-air concerns in the midst of a ‘Very High’ pollution alert issued by Khan himself. The mayor may have his work cut out for him, but you can’t deny his optimism.

We opined in our recent article on the Internet of Things that constant connectivity is a grand scheme still in need of a worthwhile application, and would likely have little use in the day to day running of the average household. That’s before we get into the issue of privacy – do we want to give cyber criminals more opportunities to raid our personal details, just so our toasters can receive email? Yet Khan’s suggestion isn’t to be demerited; London might be a home, but it’s not a household, and any data collected here would likely treat people with homogeny. Meanwhile, what data your smart city collects could have far-reaching applications; traffic, congestion, the flow of pedestrians, all can be captured as data for future city planning.

The technology already exists, in fact. PaveGen, of King’s Cross, is a company whose specialist flooring harnesses energy and data from anybody who walks over it, and have already provided for Heathrow, Harrods and Canary Wharf. Germany’s Green Science Solutions, meanwhile, have pioneered the CityTree, a vertical installation (usually a billboard or bench), that houses a moss culture, reducing fine dust and nitrous oxides 275 time more efficiently than a regular tree.  Maintained remotely, there are already talks underway with London city officials about a possible installation.

Innovations in smart cities prior have been humble, yet effective. Parking sensors have kept track of available car parking spaces, sensors in bins have informed waste disposal organisations of bins due for collection, and bus stops have tallied up any waiting commuters for the attention of company drivers. It’s hard to argue that any of these solutions wouldn’t have a place in the capital.

Of course, this isn’t the sort of implementation that can occur overnight. Logistically, networking entire districts of our nation’s busiest city, developing the software for ad-hoc responses and, naturally, financing the endeavour isn’t a short-term plan; we’re unlikely to be traversing the British rendition of Blade Runner within the year. Instead, the initiative will likely begin with proven clean-air solutions and data collecting. Autonomous vehicles are already under development, and will begin a three-week trial next month in a bid to curb the congestion problems. Self-driving, computer-aided and being researched by companies such as Google, Tesla and Ford, this could be a remarkable first step in clean air and data collection, measuring traffic, air pollution and commutes all at once.

It’s tempting to speculate what the more distant future holds for a Smart-London, given upcoming technical innovations. The aforementioned PaveGen could theoretically power Oxford Street from the footsteps of pedestrians alone. Portuguese company Veniam could bring their mobile Wi-Fi hotspots to subway carriages and mini cabs. London’s ‘Boris Bikes’ could prevent theft with geotagging, and promote use through smartphone payments and apps. 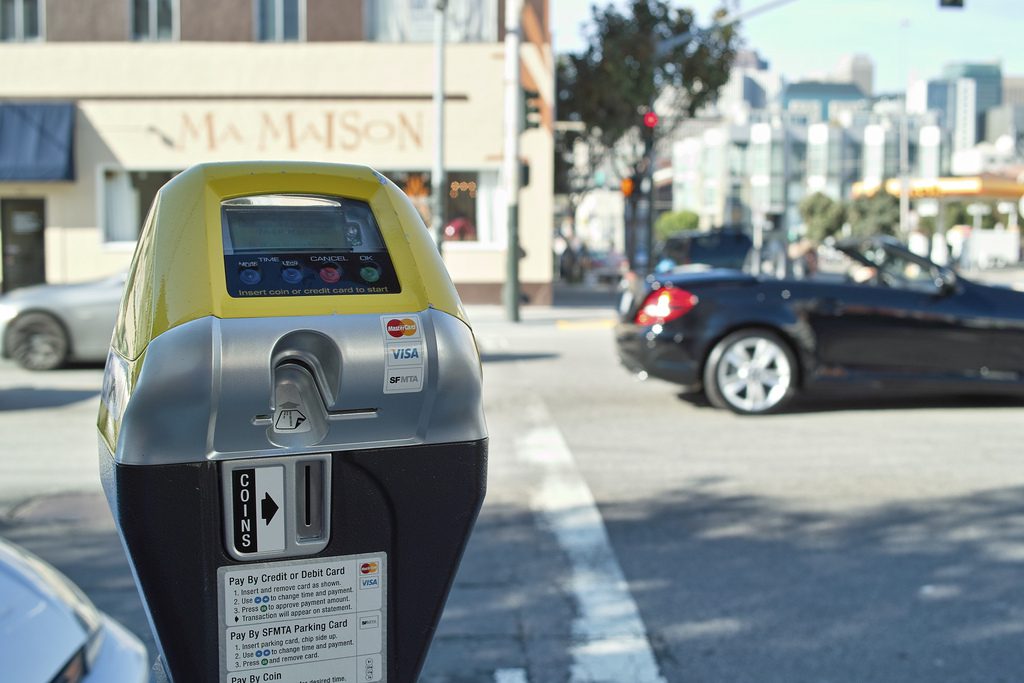 Having so much data collected in real time also allows solutions to be proposed and acted upon faster than ever. When numbers and data are being fed straight to a network, imagine how quickly footfall, congestion and traffic updates can be collated.

Though it could be decades before Sadiq’s ambition is ultimately realised, and decades more before London resembles the futuristic utopia we excitedly envision, this is a proposal worth celebrating, and one it will be interesting to see develop over the years.